Strong women characters give it a bump 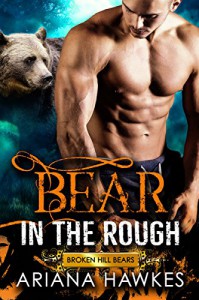 “Superstition, bigotry and prejudice, ghosts though they are, cling tenaciously to life; they are shades armed with tooth and claw. They must be grappled with unceasingly, for it is a fateful part of human destiny that it is condemned to wage perpetual war against ghosts. A shade is not easily taken by the throat and destroyed.”
― Victor Hugo, Les Misérables (1862)

Humans. As Hugo says, superstition, bigotry and prejudice incarnate. When you are ‘different’ it is hard enough. When you are a Shifter? Well, as Shrek put it, “Grab your torch and pitchforks!” Or, in this case, your cops with riot guns. Cause as much as we would like to think that we should all be able to live together, well. It ain’t happening. The humans love watching Shifters fight, MMA style, in the ring, but they certainly don’t want them in their towns. Of course, the Shifters don’t really care. After all, they worked out some really good financial contracts for their shows – so, who cares, right?

When Freya Wright was eight, her father disappeared. Walked out the door to “run a quick errand” and never returned. It destroyed her mother, and left a darkness in her own heart. Her mother took her from Washington and moved them to San Diego, but rather than getting better, she lost herself in a bottle. Now, with her mother dead, Freya has a plan to try to cut the darkness in her heart. She wants to walk the Pacific Coast Trail, the 2,659 mi trail up the coast from Mexico to Canada. While she plans to go alone, a high school reunion adds her friends Eloise and Marin to her trip. It will be hard, harsh and brutal, months of hiking over rough terrain in all sorts of weather. There are ups and downs, literally, but also mentally and emotionally. Then, the worst happens, what all women on their own fear. They see what they shouldn’t. And their lives will never be the same. Now, they are terrified, kidnapped and held prisoner. Life and death hangs in the balance, and is beginning to slide to the right.

In a lot of ways, this is a standard PR, but at the same time the strength of the women was pleasing, and the ideas behind human/shifter relations was interesting as well. It kept me interested, and left me satisfied. If you like PR with a ‘shifters in the modern world’ bent, give it a try. Free on Kindle Unlimited, or .99 if you don’t have KU.